Welsh Government is “playing with fire”, Be Reasonable warns AMs

Be Reasonable spokesman Jamie Gillies and parent campaigner Sally Gobbett spoke out against the Bill. Other witnesses included the member in charge of the Bill, Julie Morgan AM, as well as representatives of the Equal Protection Network Cymru and the Children’s Commissioner for Wales. 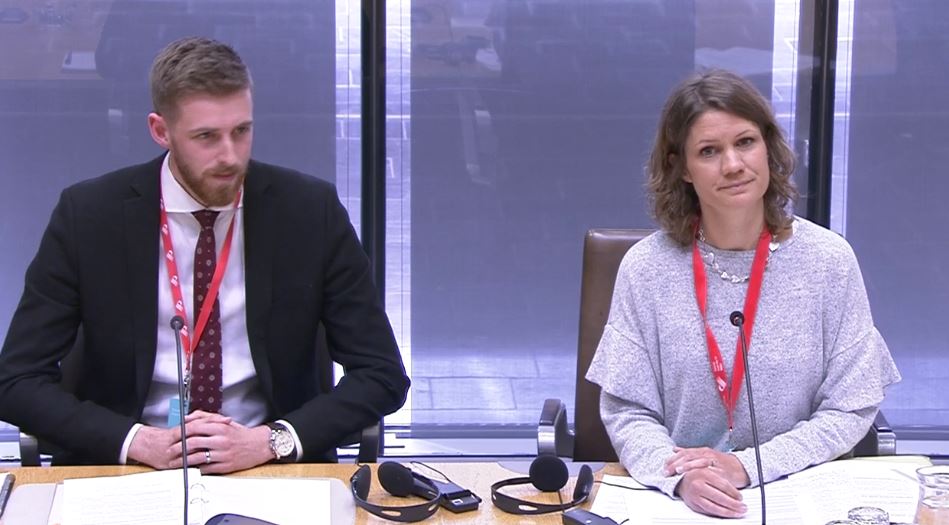 Mr Gillies told AMs: “The ramifications of this Bill are massive for the Welsh public”. He warned: “the Government is playing with fire if it thinks it can make this change in the law and not affect the lives of parents and by extension children.”

Explaining why she opposed the Bill, Mrs Gobbett said that coming from a science background she looked at the evidence, primarily the Government’s own consultation document, and found 6 times over the Government acknowledging that there is no evidence to show that light infrequent physical discipline in the context of a loving parenting dynamic is linked to harmful outcomes in children.”

Mr Gillies said changing the law would be “disproportionate”. He added that the law as it stands already provides very strong protections for children and the only type of behaviour that would be made criminal by the removal of the defence is very mild, very reasonable physical discipline, which is used by many many parents across Wales, and there is no evidence to show it is harmful.

Referring to data from the Police Liaison Unit, Mr Gillies told the Committee that it deduced there “could be around 1,300 investigations into smacking as an assault after the law changes in the first 5 years of implementation”.

He continued: “So how many parents are we going to see criminalised for actions which we now call smacking or reasonable chastisement? How many parents are going to have police cautions, which would appear on DBS checks which could affect potentially their employment?”

Referring to various research studies analysing the outcomes of a range of parenting techniques Mrs Gobbett concluded that what the evidence shows is we can’t single out one method of discipline. She said parents need a range of options, every child is different and we need to trust and respect parents, who love and know their children best.

Speaking about resource implications Mr Gillies told AMs: “You’re going to be compelling police to pursue parents who smack their children, and police budgets and time are already constrained. Police are trying to identify children who are at risk of genuine abuse so that’s going to make it more of a challenge for them if you compel them to investigate good families who have just used very light physical discipline with their children. That’s a very worrying scenario, and that’s something police officers in Scotland have said.”

There are just 12 days left to respond to the Government’s consultation. Don’t miss the opportunity to have your voice heard.

You have until 5pm on Tuesday 14 May to make their views known to the Children, Young People and Education Committee.
Download this Be Reasonable briefing for help & tips.
Then click here to access the consultation response form.