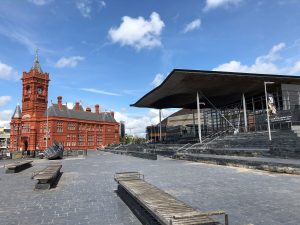 A move to prevent parents who smack their children being criminalised under the Welsh Government’s proposed smacking ban has been rejected by members of the Welsh Assembly’s Children, Young People and Education Committee.

Earlier today, an amendment by Janet Finch-Saunders AM to ensure that alternatives to prosecution are in place before a ban comes into force was voted down by four out of six members of the Committee.

Separate amendments to ensure that adequate funding is available for local authorities, sufficient awareness raising takes place and that the effects of the ban are suitably reported were also voted down by supporters of the Bill.

The Committee was undertaking Stage 2 proceedings on the Government’s Bill to remove the defence of reasonable chastisement from law and make smacking a criminal offence. The Bill now moves to Stage 3, where the Welsh Assembly as a whole will have a chance to put forward changes.

In a frank exchange on the effects of the Government’s Bill, Ms Finch-Saunders and fellow Welsh Conservative Suzy Davies warned that removing the reasonable chastisement defence leaves parents across Wales liable to prosecution – with no clarity on how they will be punished for smacking.

Decisions over how smacking cases are resolved after a change in the law, Morgan said, are not within the competence of the Welsh Assembly, but instead lie with the UK Government, the Crown Prosecution Service and the police.

Ms Davies noted that the Welsh Government is asking Assembly Members to pass a law when they will have no control over whether parents are prosecuted, warning that parents could be dealt with in a way which is “wholly disproportionate” to the level of offending.

In a strong criticism of Government Minister Julie Morgan, she added: “It’s your choice to try and protect children’s rights through the medium of a change to the criminal law rather than the medium of the civil law, over which you would have had complete competence”.

“Leaving the delivery of your policy objectives to someone over whom you have no control is not in the interests of this Assembly”.

The AM for South Wales West, argued that “everybody has the right to a proportionate remedy or censure” and said criminal sanctions would ruin the relationship between parents and children.

Responding for the Be Reasonable campaign, which campaigns against the ban, Jamie Gillies said:

“It’s hugely disappointing that the Welsh Government and supporters of the Bill have chosen to reject sensible changes that would have protected parents from draconian punishments under a smacking ban.

“The amendment by Janet Finch-Saunders would have parked the Government’s plans until the police and prosecutors had set out very clear assurances that parents can – and indeed will – avoid a criminal record for smacking their children after a change in the law.

“The public in Wales have a range of views on smacking but they agree on one thing – criminalising mums and dads for smacking is not the right approach. A criminal record has huge ramifications. It can affect a parent’s employment and also impact the wellbeing and security of children.

“Securing alternatives to prosecution is in the interests of children as well as parents. I sincerely hope that the Government will rethink its opposition to this amendment and opt to provide these reassurances at Stage 3.”

Commenting on the amendments to secure funding for local authorities and provide in-depth reporting on the effect of the Bill, Mr Gillies added:

“The Welsh Government’s smacking Bill represents a huge societal change, which will affect parents and professionals alike for decades to come. It is therefore regrettable that a majority of AMs rejected moves to ensure that the Government properly finances social services and reports accurately on the effects of the change.

“Social services departments in Wales are already at breaking point and many social workers will be deeply concerned about the additional workload a smacking ban will impose. Many professionals will also feel that a ban is an unnecessary distraction when they need to focus all their energy on identifying and tackling abuse. The Government’s refusal to finance the change will come as a sucker punch to them.”

“In terms of reporting, it remains to be seen what the Government will report on, and how often they will update the public on the effects of the change in the law. The impact of a smacking ban needs to be very clearly assessed and laid out. If the Government is confident about its Bill it will commit to full transparency in the years ahead.

“The best approach for the Government going forward would be to abandon this change to the criminal law. If they want to target smacking, they can do it through civil law awareness raising. Nobody wants a law to criminalise ordinary, decent parents.”