The Ministry of Justice (MoJ) has outlined “serious concerns” about the Welsh Government’s proposed smacking ban, as the committee responsible for scrutinising the Bill publishes its Stage 1 Report.

In a letter to Lynne Neagle, Chair of the Children, Young People and Education (CYPE) Committee, the Government Department which is responsible for the Crown Prosecution Service and the courts warns that introducing the ban could delay some of the 6,500 courts cases where parents can’t agree arrangements for their children and “weaponise” smacking in divorce cases. It states:

“…HMCTS (Her Majesty’s Courts and Tribunal Service) have serious concerns that feuding parents may, following the removal of the defence, use the change to further their cause against the other parent in a separation or divorce. Following the change, it would be easy for an allegation of smacking to be made which may lead to the involvement of the police and a concurrent criminal investigation. This would inevitably cause delays in proceeding when the family court is already under pressure.

“Currently 60% of cases are resolved within 6 weeks – if a more formal investigation is needed then this may not be possible. HMCTS also raised the issue of parental alienation (where one parent tries to tum the child against another), one parent may fabricate an episode of smacking as a reason for non-contact with the other parent and for the Involvement of the police. This is a complex problem that is recognised as an issue in other countries as well as In the UK”.

The letter adds that in previous discussions with the Welsh Government, the MoJ’s

“…concerns have centred around: the unintended criminalisation of parents or adults with caring responsibilities for children, and the impact that might have on family justice; the unknown effect that the policy (and publication thereof) will have on the number of cases reported, with corresponding impact on policing, the CPS and court volumes; the need for changes to be made to CPS and court procedures to account for the different In defence; and Impacts on legal aid provision and sentencing relating to the offence”.

It also repeats concerns about the problems for those visiting Wales from England, while predicting an increase in the numbers of parents being prosecuted.

Jamie Gillies, a spokesman for the Be Reasonable campaign, commented: “This is a serious rebuke by the Ministry of Justice, which highlights serious problems with this bill including how smacking could be weaponised in a court case. Regrettably, the Committee report fails to address these concerns, indeed it leaves many unanswered questions, not least the cost of these changes on social services and the NHS.”

Previously the Government estimated that changing the law would cost up to £3.7 million, including £980,000 in extra costs to the police, prosecutors and the courts, and £446,000 for re-educating parents, but Ministers have consistently failed to estimate the effect on Wales’ struggling social and youth workers, something acknowledged in the Stage 1 Report from the Children, Young People and Education Committee, published today.

A Majority of AMs on the Committee (Lynne Neagle, Dawn Bowden, Hefin David, Siân Gwenllian and Jack Sargeant) recommend that the Assembly agrees to the general principles of the Bill ahead of a Stage 1 debate in September. Janet Finch-Saunders AM and Suzie Davies AM dissented from the other Committee members.
The Stage 1 Report states:
“We recognise the difficulties the absence of meaningful information about cases of ‘reasonable punishment’ poses to establishing a robust baseline. Nevertheless, as the Bill was one of the Welsh Government’s key manifesto commitments in 2016, we believe work to establish a baseline should have begun much earlier than 2019”.

“We believe information about the ‘unknown’ costs is key to allaying fears about the removal of the defence of reasonable punishment diverting resources from frontline public services.”

The report recommends that the Welsh Government, before the start of Stage 3, publish a revised Regulatory Impact Assessment providing more detailed estimates of the ‘unknown’ costs to public services arising from the Bill.

Mr Gillies continued: “There is a black hole at the centre of this legislation which does not indicate how it will impact on social services departments in Wales. Social workers are already under huge pressure and are unlikely to cope with any additional burden. Yet, the Government expects them to pursue hundreds of parents in Wales who have done nothing except use light physical chastisement. Is this a good use of social work time when they need to target all available resources at identifying and helping children at risk of abuse?

“The committee has rightly pointed out this gaping hole in the Government’s planning for a smacking ban and they must provide realistic estimates as soon as possible. I don’t see how any AM could endorse this legislation without it being costed.”

Mr Gillies concluded: “This report and the continued desire by some Assembly Members to press on with the ban, shows just how out-of-touch they are with the public on this issue. Polling consistently shows that the majority of people in Wales don’t want a law which could criminalise parents who choose to use light physical discipline.

“Parents in Wales will baulk at the idea of politicians and self-styled ‘parenting experts’ dictating how they should bring up their children. Clear laws are already in place to safeguard children from abuse, and it is not the place of politicians to rule on the minutiae of everyday parenting decisions. Many ordinary, loving parents in Wales use a light smack as discipline with their children and the public clearly doesn’t have an issue with that.”

This week it emerged that 60% of responses to the CYPE Committee consultation on the smacking Bill were opposed to a smacking ban.

An official analysis of the consultation, held earlier this year, found that opposition is even higher when you consider responses by individuals.

Seven in ten individuals who responded to the consultation did not support the Government’s plans. At its highest, support for the Bill rose to 37 per cent in overall responses and just 29 per cent amongst individuals.

The Be Reasonable campaign is a grassroots campaign of parents and supportive groups with a single goal: to discourage the Welsh Government from pursuing its pledge to outlaw reasonable chastisement of children by their parents. 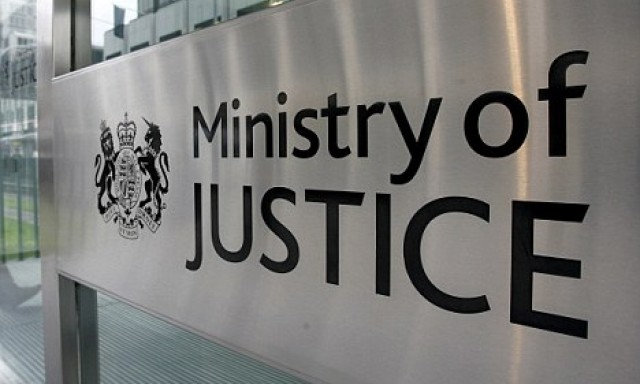