Prominent academics have criticised the Welsh Government’s bill to criminalise parental smacking during a public debate at Swansea University.

Last night, experts from the fields of sociology and criminology and parenting studies poured scorn on the the plan during an Academy of Ideas debate on state intervention in the family.

A panel of three academics discussed the merits or otherwise of the smacking legislation, which is due to be debated by AMs for a third time in January next year.

Dr Stuart Waiton, a senior lecturer in sociology and criminology at Abertay University and outspoken critic of the Scottish smacking Bill, said:

“No longer treated like citizens, as adults who have an opinion and a basic level of autonomy to raise our children, we have culture change imposed from on high – we are made ‘aware’ by the new authoritarians holding the stick above us.

“The smacking act is a disgrace. It is a form of brutality that undermines parents, weakens the meaning of freedom, and will go on to destroy many loving families who dare to think and act differently to the modern elitists.”

Dr Waiton added: “The brutality of the smacking act will mean that a light smack on the hand or bottom of a child will be a criminal offence. Hard smacking is already illegal but to the middle class anti-smacking zealots that was not enough. Children, they argue, need equal protection from assault. The very language they use is alien to the millions of parents who occasionally smack rather than assault their children.

“Parents know that smacking a child is a form of discipline often done out of love and concern rather than something that is abusive and criminal.”

Criticising the way politicians at the Scottish Parliament and the Welsh Assembly have engaged with parents on the smacking legislation, he said: “The new elite talk a lot about consultation and inclusion. The reality is a process run by a small section of society, politicians and professionals, who exist in their own bubble and are distant and disconnected from ordinary people.”

Ellie Lee, Professor of Parenting Research at the University of Kent also spoke out on the Government’s plans.

“Within the context of an authoritative child rearing relationship, aversive discipline including smacking is well accepted by the young child, effective in managing short-term misbehaviour and has no documented harmful long-term effects.”

She added: “It should be the concern of professionals who work with parents to respectfully offer them alternative disciplinary strategies rather than to condemn parents for using methods consonant with their own, but not the counsellors beliefs and values.”

The Professor accused the Welsh Government of using the “full force of the criminal law to attack people who disagree on the comparative merits of using smacking rather than something like timeout”, saying it is a “bureaucratic imposition on parents”.

Only one academic – Dr Gideon Calder, Associate Professor in Sociology and Social Policy at Swansea University – spoke in favour of Government intervention like the smacking ban.

Dr Calder argued that intervention is justifiable in some instances and said something like the smacking ban is not necessarily authoritarian. He said: “the point of the legislation is to safeguard children from potentially harmful interactions.”

Commenting on the debate, Jamie Gillies, spokesman for the Be Reasonable Wales campaign, said:

“The criticism levelled at the Government’s smacking plans tonight by experts in the fields of sociology and criminology and parenting studies should be a wakeup call to Ministers.

“Experts are not convinced that the plan to outlaw parental smacking is acceptable, needful or helpful in terms of improving child protection.

“I hope AMs hear the concerns of these academics as well as their constituents and scrap the smacking ban bill when it’s voted on in January.” 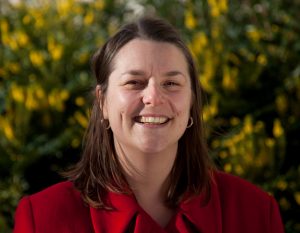 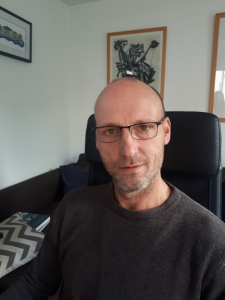 AMs should listen to their constituents